Premier League leaders Chelsea were held to a 1-1 draw at home to Manchester United on Sunday as Manchester City moved to within a point of top spot following a 2-1 win over West Ham in swirling snow.

Blues midfielder Jorginho rescued a point as the Italian’s penalty atoned for the error that allowed Jadon Sancho to put the visitors in front at Stamford Bridge.

Chelsea fell behind when poor control from Jorginho allowed Sancho to score early in the second half.

But Jorginho made amends when he scored from the penalty spot after Aaron Wan-Bissaka fouled Thiago Silva.

It was an impressive result for United under former midfielder Michael Carrick, standing in following the sacking of Ole Gunnar Solskjaer. United are set to hire former RB Leipzig boss Ralf Rangnick as their interim manager until the end of the season in the coming days.

Not that Carrick, who took the bold decision to leave Cristiano Ronaldo on the bench, was delighted with the performance.

“Disappointed actually,” Carrick told Sky Sports. “When you are in front in a game like this to have it taken away is disappointing.

He added: “I don’t think it was a penalty at all…I am not getting carried away but I thought we defended well. I cannot fault the boys one bit.”

Chelsea boss Thomas Tuchel said: “I am happy, absolutely happy. I saw a huge effort. We put the pressure up high, we were brave and courageous.”

Free-scoring Liverpool hammered Southampton 4-0 on Saturday to move to within one point of Chelsea.

But reigning champions City stayed in touch with victory at home to the high-flying Hammers.

City took the lead shortly after the half-hour mark when a Riyad Mahrez ball into the box was deflected into the path of Ilkay Gundogan, before substitute Fernandinho made it 2-0 late on.

Manuel Lanzini pulled one back deep into stoppage time but it was not enough for David Moyes’s team to avoid a second successive defeat.

“We have an incredible groundskeeper — thanks to them we could play,” City manager Pep Guardiola told the BBC, referring to the wintry conditions in Manchester.

“The chances we created… it could have been three or four. The players we have out… those that came here were brilliant. All of them. We cannot forget which opponent we played. They have everything.”

Leicester’s Jamie Vardy reminded Claudio Ranieri of his enduring quality even in his mid-30s, scoring twice at a snowy King Power Stadium in a 4-2 win against Watford.

Ranieri, who won the Premier League title with unfancied Leicester in 2016, received a rapturous reception on his first return to the stadium as an opposition manager since leaving the club early the following year.

Midfielder James Maddison gave Leicester an early lead only for Josh King to level from the penalty spot in the 30th minute after Wilfred Ndidi brought down Emmanuel Dennis in the area.

Leicester regained the lead through Vardy four minutes later and the former England striker grabbed his second three minutes before the break when he glanced in Maddison’s corner.

Dennis pulled a goal back just after the hour but Ademola Lookman scored from close range to restore Leicester’s two-goal lead.

Brentford heaped the pressure on Rafael Benitez by beating Everton 1-0 to secure their first Premier League win since early October, courtesy of a first-half penalty from Ivan Toney.

Everton, who have taken just two points from their past seven league matches, face Liverpool in a daunting test in midweek.

“Every game is important for us,” said ex-Liverpool boss Benitez. “Obviously the next one is more important because it is the derby. We must learn from the mistakes we are making.”

The game between Burnley and Tottenham was called off a little under an hour before kick-off because of heavy snow at Turf Moor in northwest England. 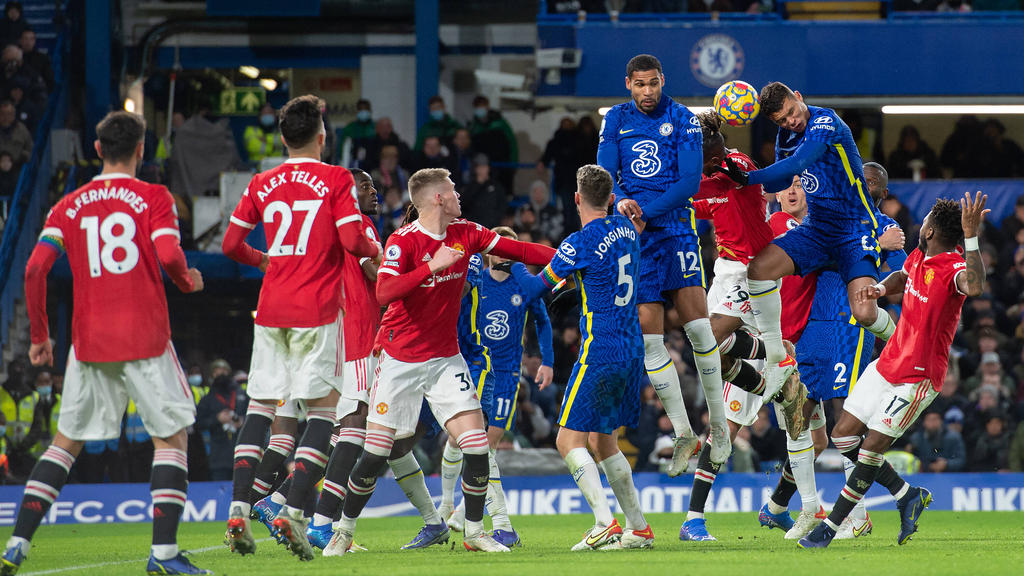