Manchester United missed the chance to move top of the Premier League and needed a late VAR call in their favour to avoid another home defeat as Everton emerged from Old Trafford with a 1-1 draw on Saturday.

Yerry Mina’s late winner for the Toffees was ruled out by a review for offside after Andros Townsend had cancelled out Anthony Martial’s opener for United.

Ole Gunnar Solskjaer’s decision to rest Cristiano Ronaldo from the start will be questioned as the Red Devils have now won just two of their last six games in all competitions.

A point is enough to move both sides level on points with league leaders Liverpool, who face champions Manchester City on Sunday.

Ronaldo’s heroics deep into stoppage time against Villarreal on Wednesday saved United from having a mountain to climb to reach the knockout stages of the Champions League.

But Solskjaer did not risk the 36-year-old with a third start in a week as he took his place on a star-studded bench alongside Jadon Sancho and Paul Pogba among five changes.

Martial’s inclusion was the surprise with Jesse Lingard and Donny van de Beek also left on the sidelines.

The Frenchman struggled to impress in his few previous outings this season and missed a glorious early chance when he mistimed his jump for a free header at the back post.

Everton do not have the same depth of resources in attacking areas as Rafael Benitez again had to cope without his two main sources of goals, Richarlison and Dominic Calvert-Lewin, due to injury.

However, Everton’s good work before the break was undone on 43 minutes thanks to a moment of inspiration from Bruno Fernandes as he perfectly teed up Martial to fire beyond Jordan Pickford thanks to a slight deflection.

Solskjaer then called on Ronaldo and Sancho 10 minutes into the second half as he looked to put the game beyond Benitez’s men.

But it was Everton who struck next to expose United’s frailty on the counter-attack.

Gray won the ball back on the left and freed Doucoure into acres of space in midfield, the latter playing in Townsend to fire home his fifth goal in nine appearances for the club.

Solskjaer responded by adding another creative threat in Pogba for Fred.

England manager Gareth Southgate admitted on Thursday that Sancho’s performances since his £73 million move from Borussia Dortmund were not worthy of keeping his place in the national squad.

But Sancho was the most dangerous of United’s star substitutes as he constantly demanded the ball in search of a winner.

Ronaldo’s only chance to be the hero once more came from Sancho’s reverse pass as the Portuguese blasted across the face of goal.

Pogba then curled wide from another promising Sancho break to destabilise the Everton defence.

Yet, but for a matter of inches, United would have succumbed to a second home league defeat in eight days after Aston Villa’s 1-0 win at Old Trafford last weekend. 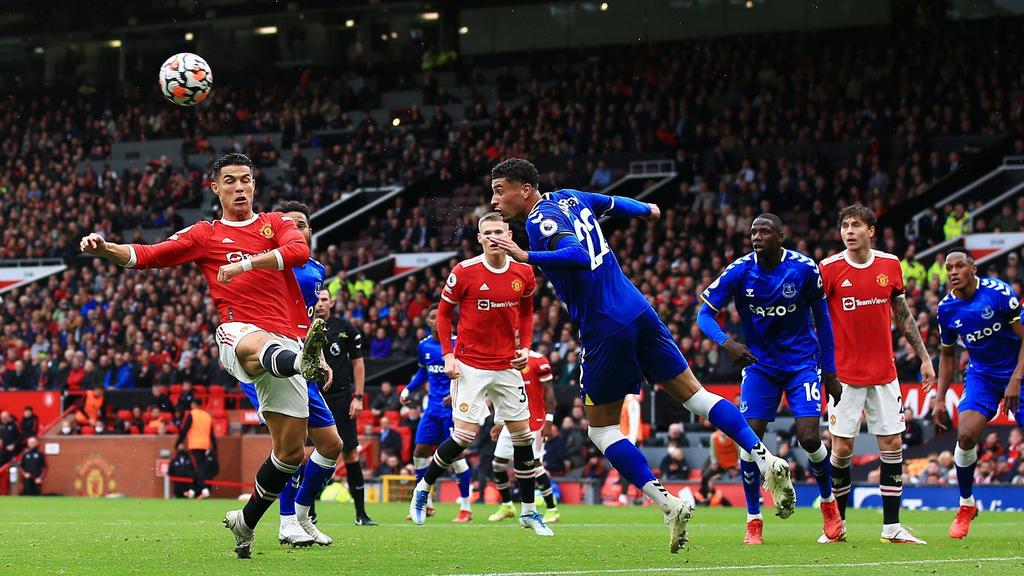