Bielsa’s team have garnered a lot of praise of their own for their free-flowing style on their return to the Premier League and are presently in 11th spot.

However, City present a daunting challenge not least because Leeds have beaten only one of the top six this season, Leicester in January.

Leeds and City shared the spoils in their first meeting, a 1-1 draw in October but that was before Guardiola’s team really hit top form.

Guardiola is a very public admirer of Bielsa but it was the 65-year-old Argentine’s turn to praise his opposite number on Thursday.

“The games against teams who have the capacity to have answers or do the unexpected make the games full of surprises,” he said at his press conference.

“When I classify Guardiola’s team as magical, I wasn’t calling him a magician.

“What I was trying to say was that in the process, he creates so many surprising attacks.”

Bielsa said Guardiola is able to do this because his side is packed with talent capable of providing the surprises from Belgian star Kevin de Bruyne to England forward Raheem Sterling.

“Of course, this (surprising attacks) is supported by the quality of his players,” he said.

“There is a method which stimulates what they do.

“This is the difficult thing to expect.

“From the outside it looks as though the managers has done something magical.”

Bielsa said even if one is at the receiving end such play is beneficial to the game as it excites the spectators.

“There’s a method that unites individuality with what he proposes,” said Bielsa.

“This creates football full of surprises.

“There’s nothing nicer for a spectator than to see something they did not expect.

“To say the opposite is when you know what’s going to happen. It creates boredom.”

Unfortunately for Bielsa one of his most effective contributors to his attractive style of football will be missing, Jack Harrison.

The winger is in his third season on loan from City and under the agreement cannot face his parent club.

“We would have hoped to have counted on him,” said Bielsa.

“Especially as his last performances have been good, but we knew about the rule that impeded him from playing.”

Bielsa says he hopes they will beat one of the top six by the time the season comes to an end on May 22.

It’s a reality,” he added. “It’s our objective to modify this.

“There’re a lot of teams in a similar position to us who have been able to beat the top six. That’s to say it’s possible and we haven’t managed to achieve it yet.” 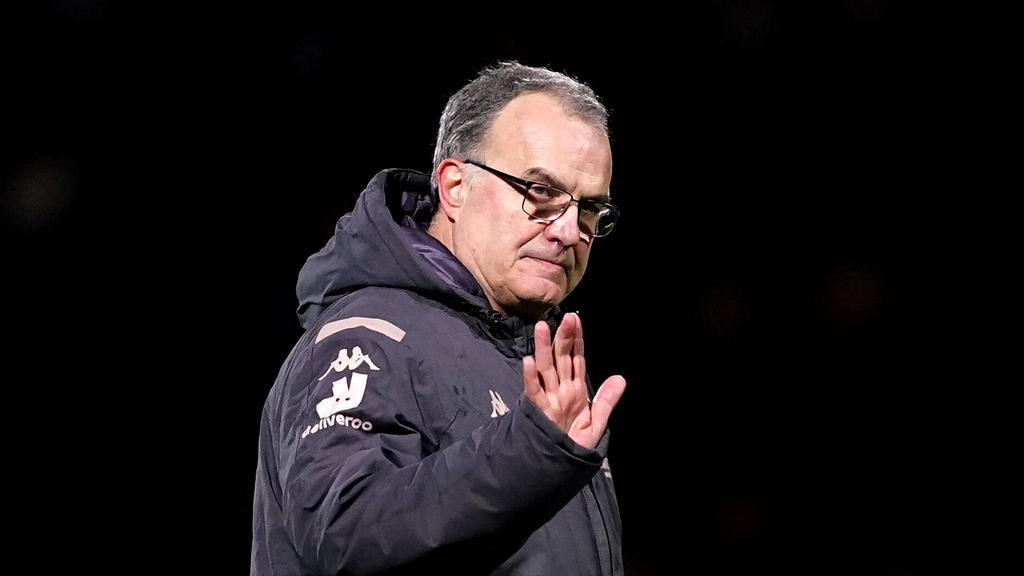