Jurgen Klopp said on Friday Liverpool will not have revenge on their minds when they face Everton this weekend for the first time since Virgil van Dijk suffered a serious knee injury.

The defensive talisman remains sidelined with an anterior cruciate ligament injury after an ugly challenge from Everton keeper Jordan Pickford in a 2-2 draw at Goodison Park in October.

The Netherlands defender’s absence has been a key element in Liverpool’s disappointing Premier League title defence.

Thiago Alcantara was also ruled out for more than two months with a knee injury sustained in a reckless foul from Richarlison in the same game.

Klopp’s side are languishing 16 points behind leaders Manchester City and have little chance of retaining their title.

Many fans pinpoint the Goodison Park match as the start of Liverpool’s decline, so it would be little surprise if there were added spice against their neighbours at Anfield.

Klopp admitted had they faced Everton again soon afterwards, his players may have been harbouring thoughts of vengeance.

But he said he did not expect the 238th Merseyside derby to be any more feisty than normal.

“It was an important day for sure,” Klopp said before Saturday’s game.

“But nothing will be carried over until tomorrow,”

“A week, two, three weeks later when we got the diagnosis (on Van Dijk) it was good that we didn’t play Everton immediately again.

“We are all human beings and of course it was not nice but now it is long gone.

“We just don’t think about that any more but it is still a derby and that is enough to be motivated on the absolutely highest level, trying to play the best possible football you can play, and that’s it pretty much.”

Liverpool head into the derby in sixth place after a wretched run of two league wins in their past 10 games.

They have lost their past three league matches, although a midweek Champions League last-16 first-leg victory against RB Leipzig was a small step on the road to recovery.

The Reds are just three points ahead of Everton, who have a game in hand.

Carlo Ancelotti’s side have not won at Anfield since 1999 but Klopp knows they will believe this could be their chance.

“A manager like Carlo (Ancelotti) helps each team in the world, that is clear beforehand,” he said. “They have a really good squad so maybe they are closer than ever before.

“From a position in the table for sure, it is a while ago we were that close I think. I don’t know exactly, but probably closer than they have been before.” 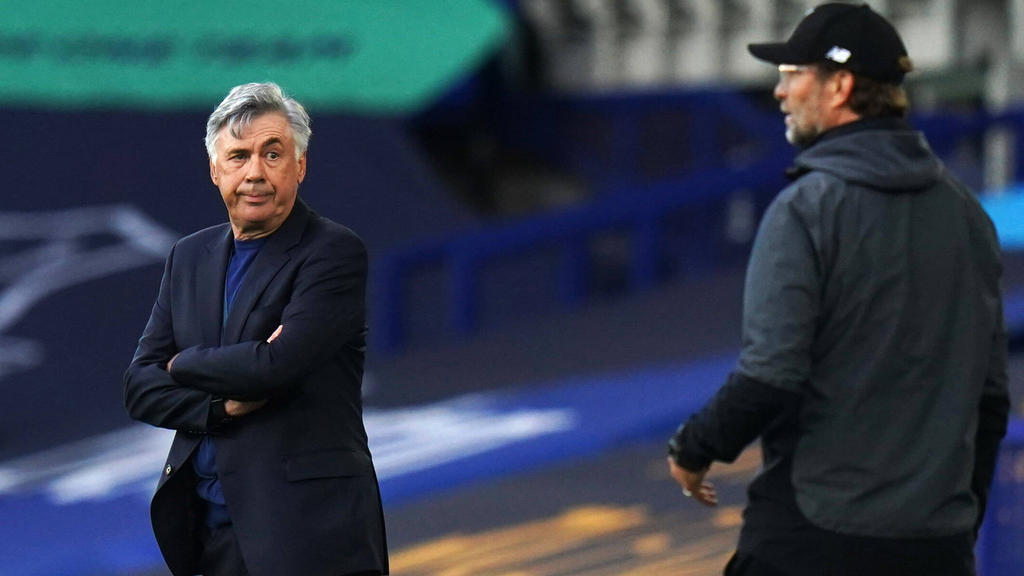